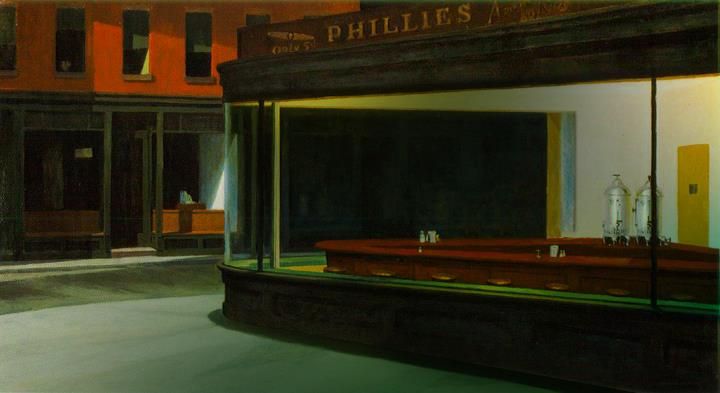 It was early April and I was on a Zoom call with my former RA and a few former floormates. Like so many other college students across the world, we had been displaced, sent home early when the threat of the coronavirus knocked on the doorstep of our campus. We had packed up and shipped off to sleepy towns and raging cities; childhood bedrooms and families we hadn’t lived with since we were seventeen. For me, that meant returning to my quiet hometown in California, where the loudest sounds were dogs howling after distant fire engines, the singing of birds at daybreak, crickets chirping at night, the rare and occasional motorcycle at two in the morning.

As we mocked each other’s choice of childhood bedroom wall color and played Jackbox games over Zoom, we all knew that we were just delaying the inevitable discussion: New York City, our beloved college town, had been declared the global epicenter of the coronavirus pandemic just a month before. For a moment, nobody quite knew what to say. Then: “New York is on fire,” my RA offered. He said it as a morbid joke, like, “New York is, like, on fire!”  because surely this is all a cruel prank or a bad dream and we’ll wake safe in our stilted dorm beds and attend classes in storied brick buildings and gather in the lounge in the evenings. Every day I wake up in my childhood bed is, of course, proof that that is not the case.

I’ve been home for over two months now, but I still feel a pang every time I see New York on TV. A couple nights after returning to California, I slipped up and called my dorm home, much to the chagrin of my mother: I lived there for three years, but it took me not knowing if I’ll ever return to that tiny 97-square-foot single (I graduate in December) for me to finally start calling it home. As events unfolded and New York City became the global epicenter of the coronavirus outbreak, I watched through little text-message dots as my friends, who had planned to stay in the city instead of returning to their homes in California or Ohio or other parts of New York, suddenly felt their faith flutter. Ultimately, most of them got out, but not before Cuomo told all New Yorkers to “assume you’ve been infected.” Some of my friends self-quarantined for weeks. Some still got sick.

In December, when the only person who’d heard of COVID-19 was a doctor in China, I bought an oral history of 9/11, entitled The Only Plane in the Sky. September 11, 2001 was supposed to be a partial subject of my senior thesis in Political Science, which I was due to start this semester. (Now, as my professors scramble to put together finals plans and childcare, it looks very much like my thesis will never happen.) A few weeks ago, I cracked the book open. In interviews from 2018 and 2019, survivors of that horrific day confidently said this will be the worst thing New York City has ever seen in our lifetimes. Just six months after the book’s publication, the COVID-19 pandemic has killed more people in New York and New Jersey than lost their lives on 9/11. Coronavirus, according to a wide array of news media pundits and public health experts and Governor Andrew Cuomo, is officially now the worst thing New York City has ever seen in our lifetimes. Two weeks to the day that I left New York, the Washington Post reported that “calls to 911 exceeded the number that occurred on September 11, 2001.” Friends still in the city tell me that they’ve been hearing ambulance sirens going out the window, constantly, for weeks.

It is a strange experience to watch the city you have called home for the past three years crumble in the face of this threat from the TV in your mother’s living room, 3,000 miles away. I am simultaneously terrified for everyone still in the city, and relieved that I made it out just in time. On March 13, President Trump declared coronavirus a national emergency. Now, it is incomprehensible to me that the New York I see on the news is the same one whose parks I wandered through just two months ago. As the case count ticker goes up and the economy goes down, New York feels more and more like a dream, like a place that never happened to me or perhaps never even existed in the first place.

The streets are empty in photographs, people stuck in little, cube-like apartments designed only for sleeping. No one I know who’s still in the city goes out for even a run. Yet someone took the time to write #NYCStrong in chalk on the sidewalk outside my would-be local hospital; my professors get groceries for their elderly neighbors at immense personal risk; and in the background of my 6 to 8 pm Zoom seminar, I can always hear the 7 pm cheer.

If anything, reading The Only Plane in the Sky and living through this crisis have taught me just how exceptional New York truly is, if not every day, then certainly in times of crisis. On September 11, 2001, random New Yorkers invited survivors of the attacks into their apartments for a cup of water, drove them around town in search of loved ones, and saved the lives of people whose names they never knew. Long after, volunteers and first responders worked to extinguish the fires at Ground Zero, which lasted for months; many died from the effort. It is that same spirit of resilience, heart, and pride that I see in New York and its residents today, and which makes me fall in love with this city over and over and over again.

New York City has been on fire before, and it has recovered. I have confidence that it can and will again put out the flames and clean up the burning rubble; mourn the victims and celebrate the survivors. No matter how long it will take, my city will bounce back from this.

New York has never been on fire for very long.*

*Ground Zero stopped burning exactly 100 days after 9/11, on December 20, 2001. The blaze could have lasted much longer, and its extinguishment was due to the heroic efforts of 75 firefighters.

I know that my experience so far has been very, very distant from the worst possibility; that my cut-short college experience, never-written thesis, and frenzied flight from New York are minor inconveniences compared to so many others’ difficulties, whether that be losing jobs, losing loved ones, both, or neither, in the case of healthcare workers, grocers, and mail carriers. If you are able, I urge you to donate to hospitals in Queens, Brooklyn, and Central Harlem, the areas that have been hit hardest by COVID-19. #NYCStrong